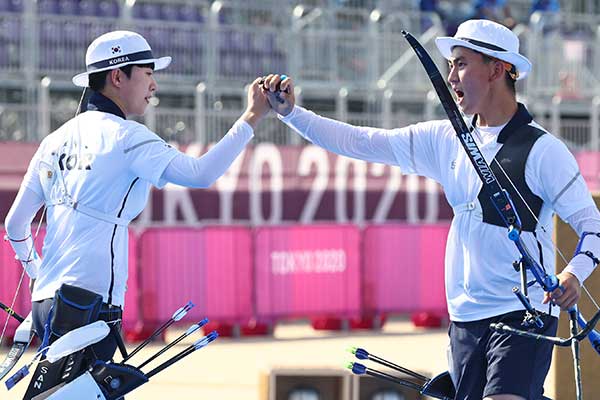 South Korea grabbed its first gold medal in the Tokyo 2020 Olympics in archery.

Archers An San and Kim Je-deok took the gold by beating the Dutch team in the finals of the mixed team event held on Saturday at the Yumenoshima Park Archery Field in Tokyo.

The duo secured victory with a final set score of 5-3.

These are the first Olympics for both An and Kim.

The duo will be remembered as the first gold medalists for the mixed team event, which made its Olympic debut at the 2020 Games.
Share
Print
List