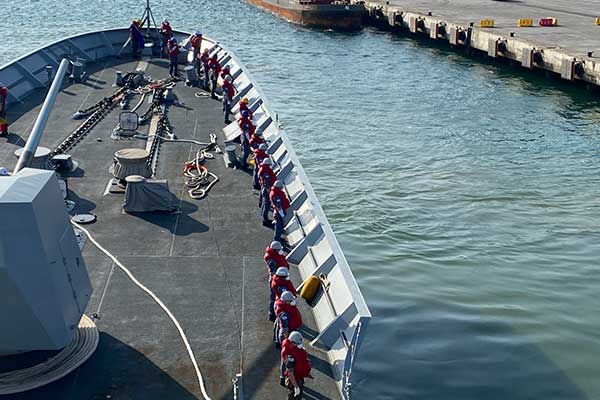 Meari on Sunday cited South Korean media outlets’ reports on the anti-piracy Cheonghae Unit outbreak and their criticism that the South Korean military’s complacency is being blamed for the country’s worst-yet COVID-19 cluster infection within the military.

The North Korean outlet also quoted criticism regarding the South Korean military’s allegedly scanty manuals on dealing with the pandemic in overseas units and its ineffective responses after the first case broke out within the unit’s destroyer.

A total of 301 sailors aboard the Munmu the Great were brought home earlier last week on two aerial tankers after 82 percent of them tested positive for COVID-19. The infection rate further climbed to 90 percent after additional transmissions were confirmed upon their arrival.
Share
Print
List