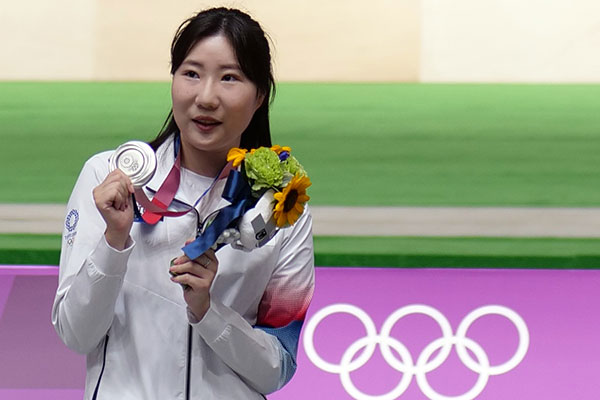 Kim lost to Vitalina Batsarashkina of the Russian Olympic Committee (ROC) in the final round following a heated shoot-off battle at Asaka Shooting Range in Tokyo.

Both were tied at 38 points, after which the shoot-off began to determine the winner. Five shots were allowed where Kim scored one point and her Russian opponent four points.