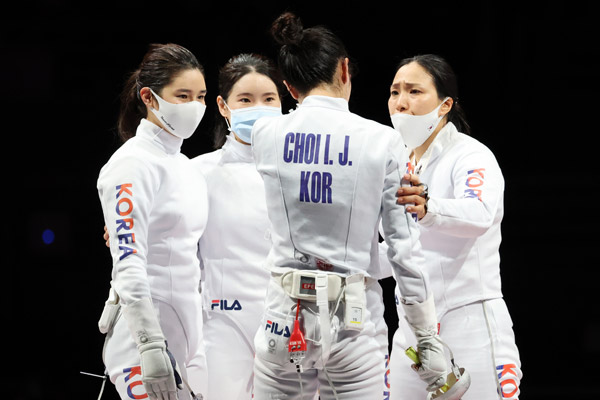 South Korea won bronze in the women's sabre team event at the Tokyo Olympics on Saturday in a dramatic come from behind victory.

The team of Kim Ji-yeon, Yoon Ji-su, Choi Soo-yeon and Seo Ji-yeon defeated Italy 45 to 42 in the bronze medal match at Makuhari Messe Hall in Chiba, east of Tokyo.