S. Korea Adds Bronze in Fencing, Men's Football Out after Losing to Mexico 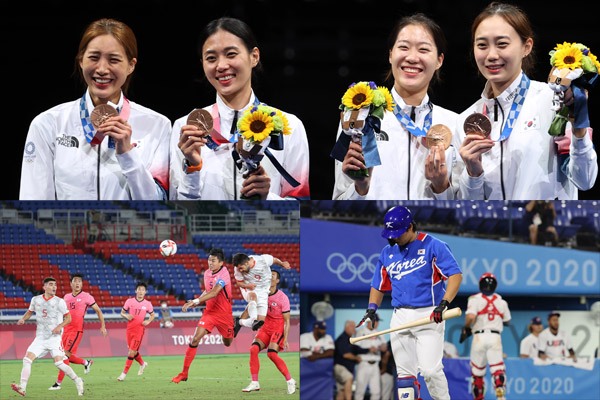 South Korea won bronze in the women's sabre team event at the Tokyo Olympics on Saturday, finishing the country's fencing campaign with medals won in all four team events.

Women's volleyball has advanced to the quarterfinals after beating Japan 3 to 2 sets in the fourth group match held at Ariake Arena Saturday evening.

In baseball, South Korea lost to the United States 4 to 2 to finish second in Group B. It will play the first knockout match against the Dominican Republic at 7 p.m. Sunday at Yokohama Baseball Stadium. If Korea wins, it will then face either Mexico or Israel.

Also on Saturday, men's football ended its competition in Tokyo after being trounced by Mexico 6 to 3 in the quarterfinals.
Share
Print
List