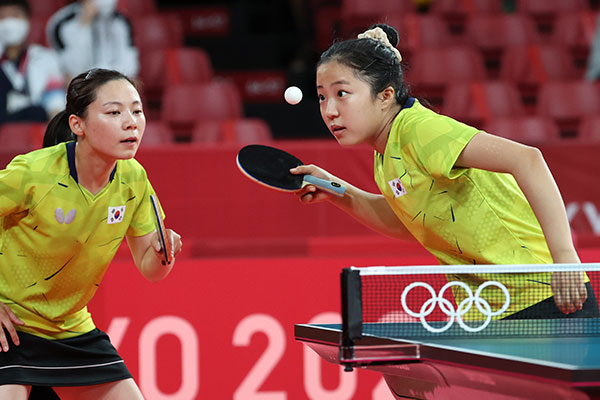 The South Korean women’s table tennis team has advanced to the quarterfinals at the Tokyo Olympics.

In the Round of 16 at Tokyo Metropolitan Gymnasium on Monday, the team - Shin Yu-bin, Jeon Ji-hee and Choi Hyo-joo - beat Poland 3-0.

They will face Germany in the quarters on Tuesday. Team Korea is currently ranked world No. 4 and Germany No. 3.

The two countries have faced off in the table tennis team event eight times so far, with South Korea ahead at six wins and two losses. They each scored a victory in the last two matchups over the last five years.

Since the team event was added to the Olympics in 2008, the South Korean women’s team has only won a single medal, which was bronze during the 2008 Beijing Games.