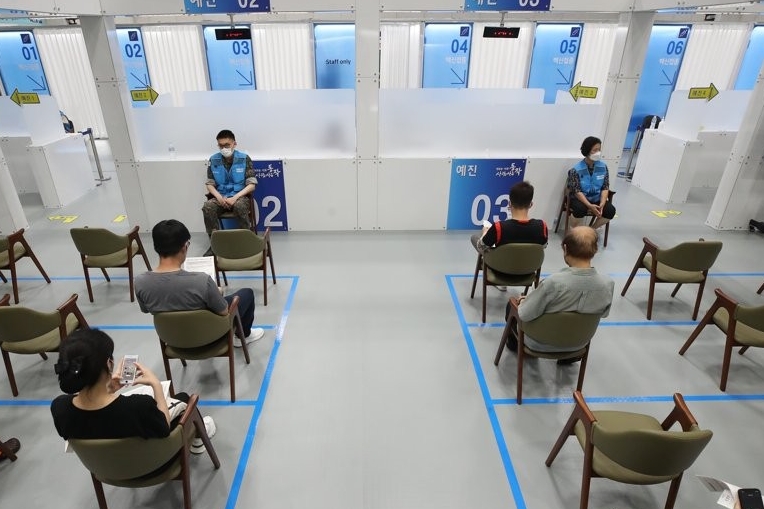 The number of people who have had at least one COVID-19 vaccine dose in the nation has topped the 20-million mark.

According to the state vaccination task force, 20 million-four-thousand-714 people were estimated to have received at least one shot of a COVID-19 vaccine as of 10:20 a.m. Tuesday. That’s roughly 39 percent of the nation’s population.

The nation’s COVID-19 vaccinations are picking up speed as vaccinations began for people aged between 55 and 59 last Monday.

The government, which first launched its vaccination program on February 26, is seeking to complete the first round of vaccinations for at least 36 million people in September in a bid to achieve herd immunity by November.
Share
Print
List