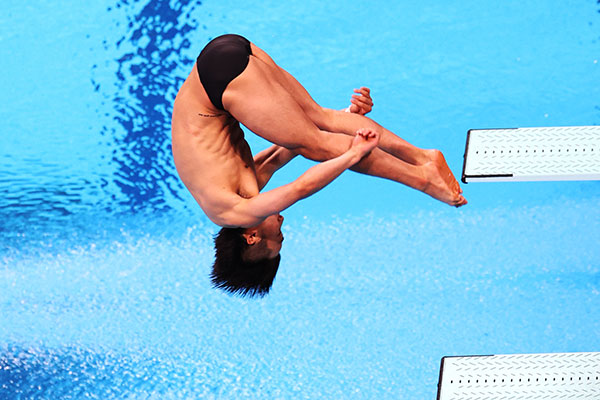 Woo Ha-ram finished fourth in the men's three-meter springboard at the Tokyo Olympics, obtaining the best ever result by a South Korean diver.

Woo received a total of 481-point-85 points in six rounds at the finals, finishing fourth among 12 divers at the Tokyo Aquatics Center on Tuesday.

He will compete in his main event, the ten-meter platform, from Friday.

South Korea has competed in diving since the 1960 Rome Olympics, but has yet to win a single medal.

Woo is the only South Korean diver to ever reach the finals at the Olympics. He previously advanced to the finals in the ten-meter platform event at the 2016 Rio De Janeiro Games and finished eleventh.
Share
Print
List