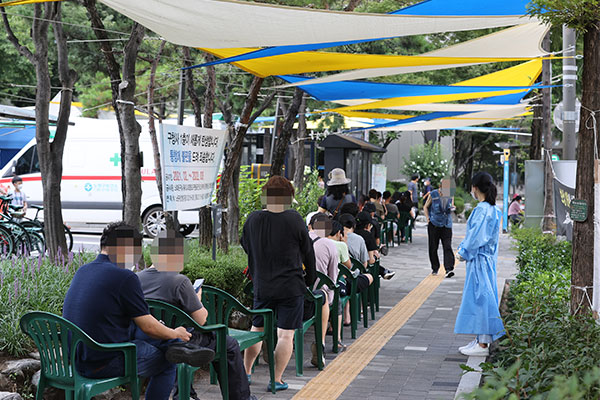 The Korea Disease Control and Prevention Agency(KDCA) said that the new infections detected throughout the previous day raised the country's accumulated caseload to 205-thousand-702.

The daily tally is 51 higher than on Wednesday.

The government will decide on Friday whether to adjust the current Level Four social distancing in the capital area and Level Three for everywhere else, which expire on Sunday.

The latest increase means authorities are more likely to extend the distancing measures by another two weeks.

Of the new cases, one-thousand-717 were local transmissions, while 59 were from overseas.

Non-capital areas added 692 cases, taking up 40-point-three percent of local cases. It is the largest number of cases outside the capital in the fourth wave of the pandemic.

Three more deaths have been reported, bringing the death toll to two-thousand-109. The fatality rate stands at one-point-03 percent.