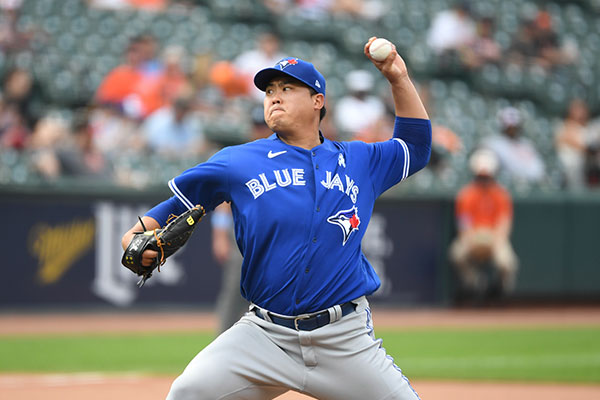 Ryu earned the 8-0 win against the New York Yankees at Yankee Stadium in New York on Monday.

With his strong performance, Ryu saw his earned run average (ERA) improve from three-point-92 to three-point-77.