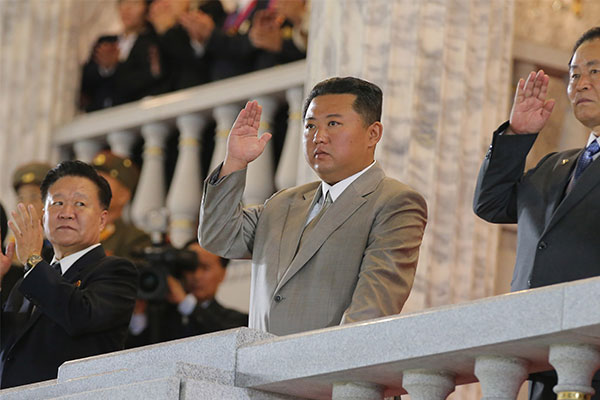 North Korea staged a nighttime military parade on Thursday to mark the 73rd anniversary of the national founding.

According to the report, North Korean leader Kim Jong-un attended but did not give a speech. Instead, Ri Il-hwan, the ruling party’s propaganda director, delivered an address in which he said the parade is the North Korean people’s most noble homage to the state.

Cannon salutes marked the start and the end of the event.

There had been speculations that the North may reveal strategic military weapons such as a new submarine-launched ballistic missile(SLBM), but no notable state-of-the-art weaponry were unveiled. Conventional weapons including 122-milimeter multiple rocket launchers and Bulsae anti-tank missiles featured in the parade.
Share
Print
List