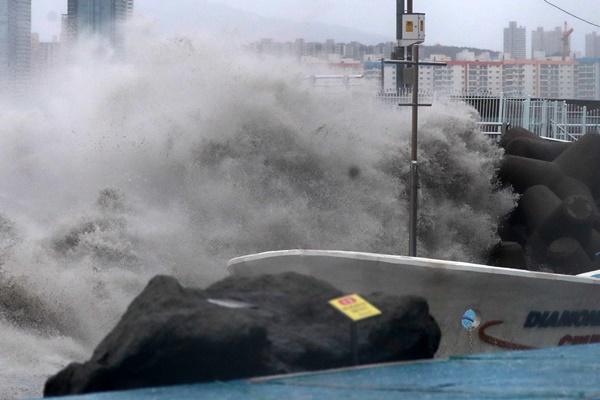 Typhoon Chanthu is expected to dump heavy rains on South Korea between Tuesday and Wednesday of next week.

The Korea Meteorological Administration(KMA) said Thursday that the Category 5 super typhoon is heading west at 22 kilometers per hour from waters some 760 kilometers east of Manila.

The typhoon's maximum wind speed currently stands at 53 meters per second, or 103 knots.

The weather agency forecast that this year's 14th typhoon, Chanthu, a name from Cambodia meaning flower, will reach areas near China’s southeastern coastal areas next Monday after passing through Taiwan on Saturday night.

The Agency said it will be able to determine the potential impact of the storm on South Korea when it reaches the southern parts of Taiwan this weekend.
Share
Print
List