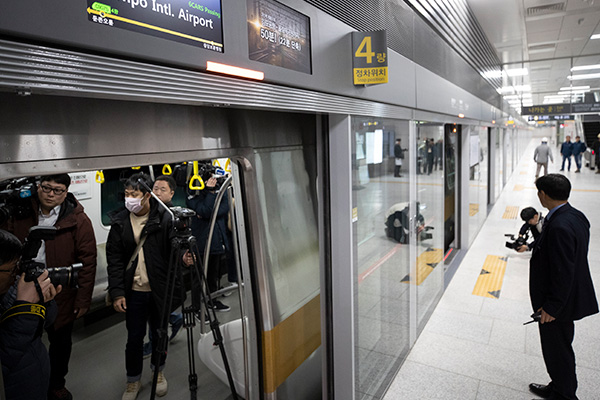 Unionized workers of Seoul's subway operator called off a strike set to begin Tuesday morning after reaching a late-night agreement with the management.

The union and management of Seoul Metro started final negotiations at 3 p.m. Monday and produced a tentative agreement before midnight.

Under the deal, the two sides agreed that the company cannot carry out forcible restructuring to deal with its financial crisis. The two sides also agreed to form a joint consultative body to seek measures to enhance safety and resolve the firm's deficit.

In addition, they agreed to ask the Seoul city and central government to compensate for losses incurred by free subway rides for the elderly.

The union had planned to stage a full-scale walkout on Tuesday in protest against the firm's restructuring plan that included layoffs of ten percent of the entire workforce.
Share
Print
List