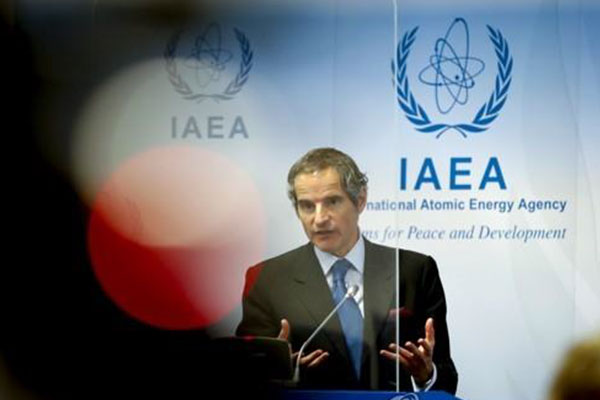 The chief of the International Atomic Energy Agency(IAEA) expressed concern over signs of resumed activity at North Korea's Yongbyon nuclear complex, urging the country to abide by its international obligations.

Speaking to the IAEA Board of Governors on Monday, Director General Rafael Grossi said that the North's nuclear activities continue to be a "cause for serious concern."

Grossi said that the new indications of operations of the five megawatt reactor and the Radiochemical Laboratory are "deeply troubling."

He added that the continuation of the North's nuclear program is a clear violation of relevant UN Security Council resolutions and deeply regrettable.

The IAEA chief then urged Pyongyang to comply fully with its obligations under relevant UN Security Council resolutions and cooperate with the nuclear watchdog in the full implementation of its NPT Safeguards Agreement.

He called upon the North to resolve all outstanding issues, especially those that have arisen during the absence of IAEA inspectors in the country.
Share
Print
List