Some 1.1 Mln Passengers to Use Airports during Chuseok Holiday 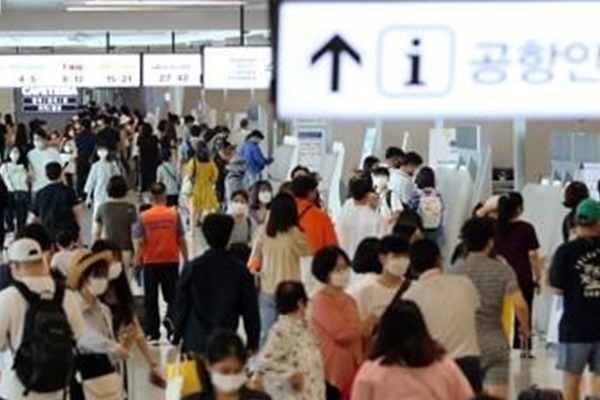 The Korea Airports Corporation has estimated that 14 airports, excluding Incheon International Airport, will see some one-point-one million passengers between Friday and next Wednesday during the Chuseok holiday.

The figure revealed on Tuesday is up some 18 percent from the same period last year.

Incheon International Airport is set to have nearly 59-thousand passengers during the holiday, up almost 67 percent from last year. However, the figure is six-point-five percent of passengers seen during Chuseok in 2019, before the pandemic.
Share
Print
List