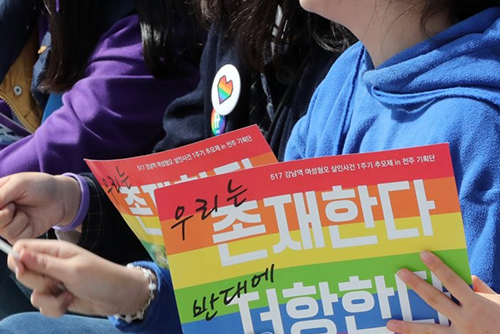 LGBT students in South Korea were found to be subjected to bullying, discrimination and exclusion in schools and struggling to maintain their mental health.

International rights group Human Rights Watch released a report on Tuesday that criticized the South Korean government for failing to create an environment where sexual minorities are supported and embraced in schools.

According to the student testimonies received by the group, many suffered from mental health issues after enduring repeated verbal, physical and sexual abuse.

The group raised concerns over schools failing to protect the privacy of students' sexual orientations, as well as mental health professionals and teachers lacking education on LGBT issues.

Emphasizing that bullying and discrimination against sexual minorities stem from existing policies, the group called for comprehensive anti-discrimination laws that include clauses on sexual orientation and identity.
Share
Print
List