Sung Kim: US to Provide Aid to N. Korea Regardless of Progress in Denuclearization 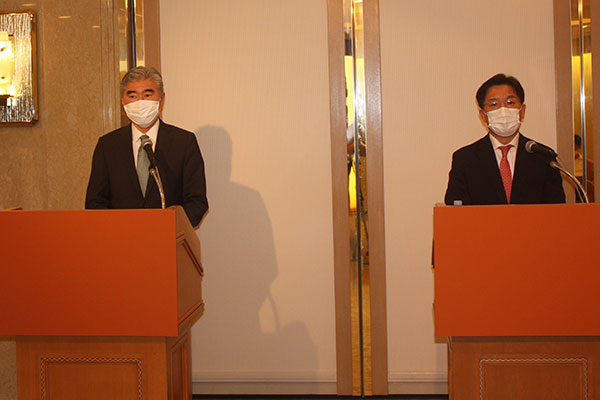 U.S. special envoy for North Korea Sung Kim said Washington will provide humanitarian aid to the North regardless of progress in denuclearization efforts.

Kim made the remark at a news conference in Tokyo on Tuesday after talks with South Korea’s top nuclear negotiator, Noh Kyu-duk.

He said Washington is ready to cooperate and supports aid for the North’s most vulnerable, provided that the communist nation meets international standards on accessibility and monitoring. Kim added that Washington will also support certain inter-Korean humanitarian cooperation projects.

The special representative also expressed hope that cooperation will resume on unearthing the remains of U.S. soldiers who went missing during the Korean War. He said the U.S. is open to seeking ways to enhance mutual trust.

Earlier in an introductory remark at a meeting with his South Korean and Japanese counterparts, Kim said the U.S. has no hostile intent toward the North, adding he hopes it will positively respond to the U.S.’ various proposals on engaging in dialogue.

He was quick to add, however, that until the North responds to these overtures, the U.S. will sternly implement UN Security Council sanctions.
Share
Print
List