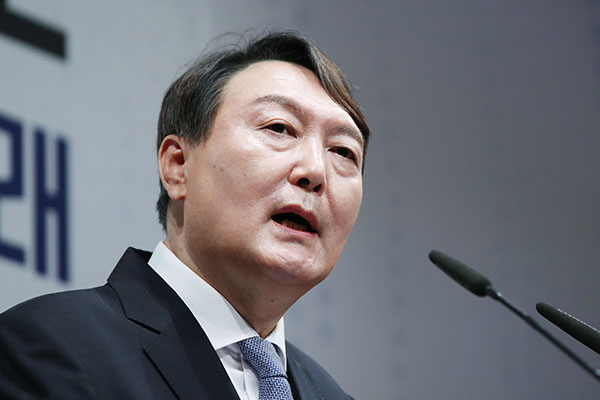 A prosecutor at the center of a political meddling scandal involving former Prosecutor-General Yoon Seok-youl has denied allegations of any impropriety.

In a statement released on Tuesday, Son Joon-sung said he neither drafted the alleged complaints against several ruling bloc figures nor delivered it to prosecutor-turned-opposition lawmaker Kim Woong ahead of last year’s general elections, while Yoon was serving as chief prosecutor.

He said he has no idea how such allegations came about. Son said he anticipates the ongoing investigation by the Corruption Investigation Office for High-ranking Officials(CIO) will clear his name.

He also said National Intelligence Service(NIS) chief Park Jie-won should also face a probe amid suspicions that he devised the scandal to ensure a fair and just investigation.

Cho Sung-eun, an informant for a media outlet who broke the story on the scandal, is suspected of meeting with Park before the report was published. Cho and Park admitted the one-on-one meeting occurred last month but denied that they discussed the matter.
Share
Print
List