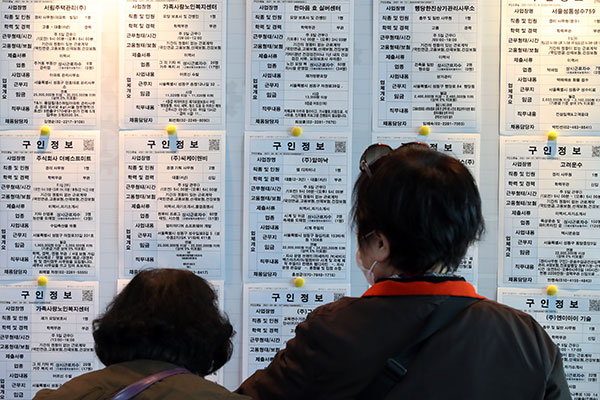 The number of people with jobs in the country has increased for the sixth consecutive month in August despite the protracted fourth wave of the COVID-19 pandemic.

Statistics Korea said on Wednesday that the number of employed people stood at 27-point-six million last month, up 518-thousand from a year earlier.

South Korea reported job losses for 12 months in a row through February before a turnaround in March, when 314-thousand jobs were added.

However, employment in the in-person service sector fell significantly. Jobs in the wholesale, retail, restaurant and lodging businesses declined by more than 150-thousand.

In addition, the number of self-employed people who hired workers fell by 61-thousand to one-point-three million, the lowest number for the month of August in 31 years.

The employment rate for those aged 15 or older rose by zero-point-eight percentage points from a year earlier to 61-point-two percent.