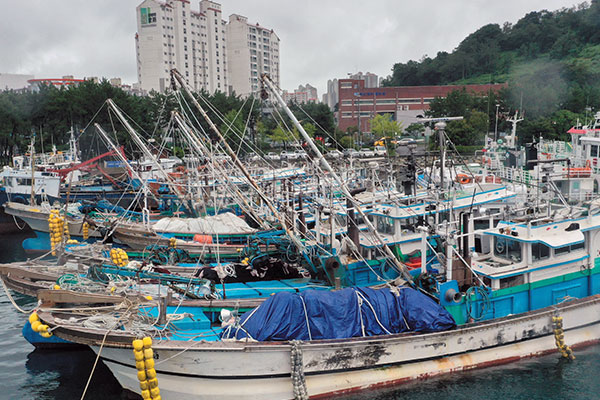 Nearly 700 millimeters of heavy rain has pelted Mount Halla on Jeju Island for over two days through Wednesday morning as Typhoon Chanthu is approaching the island province.

According to the Jeju branch of the Korea Meteorological Administration(KMA) on Wednesday, most areas on the island have received more than 100 millimeters of rain between Monday and 4 a.m. Wednesday.

The southern Jeju city of Seogwipo recorded 328-point-four millimeters of precipitation during the period, with some areas on Mount Halla reporting over 678 millimeters.

As of 3 a.m. Wednesday, Chanthu was traveling southeast at eight kilometers per hour from waters some 360 kilometers southwest of Seogwipo. It is expected to directly impact Jeju between Thursday and Friday.

The 14th typhoon of the year has a central pressure of 975 hectopascals with 35 meters per second maximum wind speed.
Share
Print
List