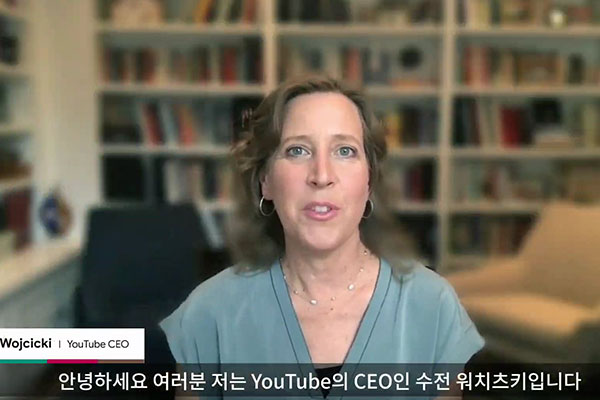 Google says its Korea users have enjoyed nearly 12 trillion won in benefits every year, clapping back at the antitrust regulator's recent fining of the tech giant.

Wojcicki underlined both direct and indirect economic benefits generated by YouTube. She also touted the use of search services as well as tools such as Google Play and Google Drive.

Last year, there were 55-hundred South Korean YouTube channels with over 100-thousand subscribers. Those earning profits of more than ten million won had increased by 30 percent from the previous year.

Additionally, during the online event, Google said it provides annual benefits of over ten trillion won to South Korean companies.

On Tuesday, the Korea Fair Trade Commission fined the tech giant over 200 billion won for forcing smartphone makers to only use its Android operating system.

Google plans to appeal the decision, saying the regulator did not properly consider the benefits received by app developers, phone makers and consumers.
Share
Print
List