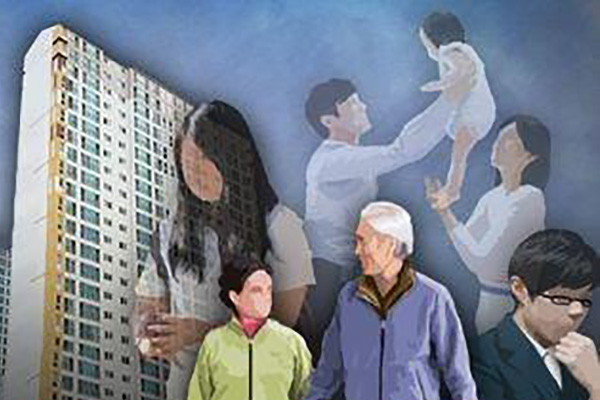 The lower limit for "multi-children households" eligible for government assistance is set to be expanded to include families raising two children from the current three, as the nation tries to reverse a downward spiral in birth rates which has hit another record low.

The Presidential Committee on Aging Society and Population Policy announced the move on Wednesday, reflecting the change in its five-year plan to encourage people to have more children.

Incentives include educational, childcare, and housing assistance for these families. With the revision, tuition fees for a second child will be free. Multi-child families will also be eligible to receive state assistance in housing and rental deposits.

According to data from Statistics Korea last month, Asia's fourth-largest economy saw its total fertility rate -- the average number of children a woman bears in her lifetime -- plunge to an all-time low of 0.84 in 2020, down from 0.92 the previous year.
Share
Print
List