Mt. Halla Flooded by over 800mm of Rain as Typhoon Chanthu Closes in 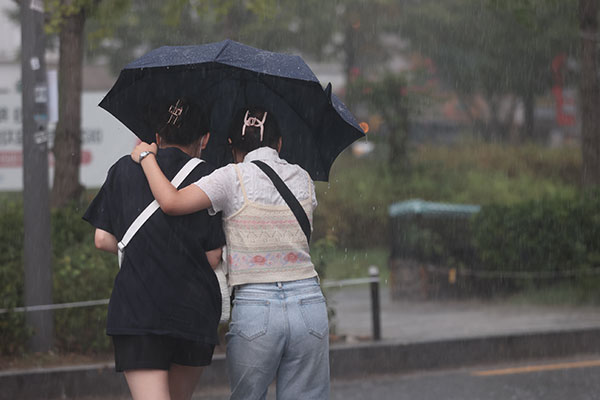 With Typhoon Chanthu fast approaching, more than 800 millimeters of downpour flooded Mount Halla on the southernmost Jeju Island, accompanied by strong winds, over the past three days.

According to the Korea Meteorological Administration’s(KMA) Jeju branch, up to 813 millimeters of rain hit the Mount Halla region between Monday and 10 a.m. Thursday. More than 300 millimeters fell in other parts of the island.

The weather agency upgraded high wind warnings and advisories to typhoon advisories for the entire island, as well as the surrounding waters, as of noon Thursday.

Chanthu, which was traveling northward at eight kilometers per hour from southwest of Jeju's Seogwipo as of 9 a.m., is forecast to move over waters south of the island, before traveling through the Korea Strait on Friday.
Share
Print
List