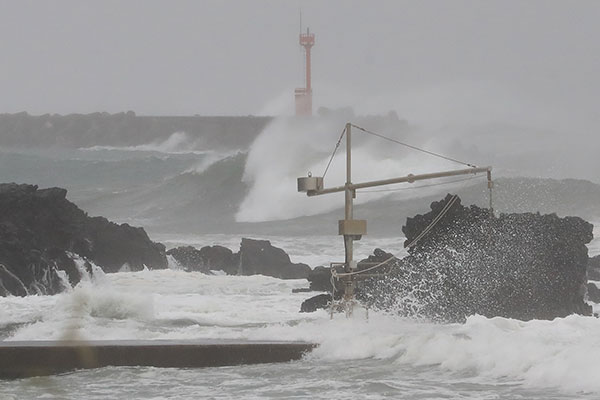 According to the local weather agency, parts of the island were seeing heavy downpours of 50 millimeters per hour at 6 a.m. Friday, with strong winds of 30 to 40 meters per second.

Local authorities received 16 reports of flooding between 12 a.m. and 6 a.m.

No casualties have been reported so far.

About 60 damage reports have been filed since Monday when the island came under the indirect influence of the typhoon.
Share
Print
List