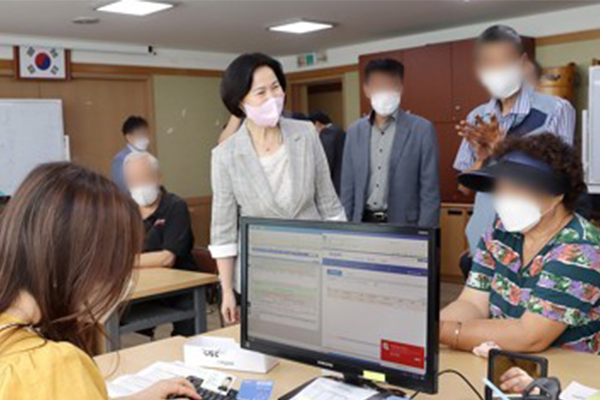 Nine out of ten people eligible for COVID-19 relief payouts have received the money in the 12 days since the roll out began.

The Interior and Safety Ministry said Saturday that nearly 39 million people have applied and some nine-point-seven trillion won has been paid out through Friday.

This amounts to 90 percent of all eligible recipients.

The latest round of emergency aid is 250-thousand won per person for the bottom 88 percent income earners.

Around 298-thousand claims have been filed so far from those not included in this bracket. Most of them cite changes to their health insurance premium or composition of family members.