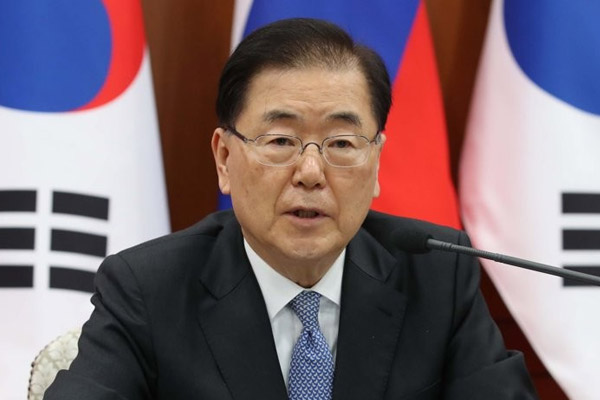 Top diplomats of South Korea and Japan are likely to hold talks in New York City on the sidelines of the 76th United Nations General Assembly.

According to Japan's Yomiuri Shimbun daily on Sunday, the two nations are discussing holding bilateral talks between Seoul's Foreign Minister Chung Eui-yong and Tokyo's Foreign Minister Toshimitsu Motegi on the sidelines of the annual assembly session.

Seoul's Foreign Ministry also confirmed the report, saying that it is pushing for the talks, although a ministry official said that no decision has yet been made.

Minister Chung will accompany President Moon Jae-in on his trip to New York City from Sunday to Tuesday. Moon will head to Honolulu after his visit to the United Nations, but Chung will remain in New York for talks with foreign ministers of other countries and heads of international organizations.