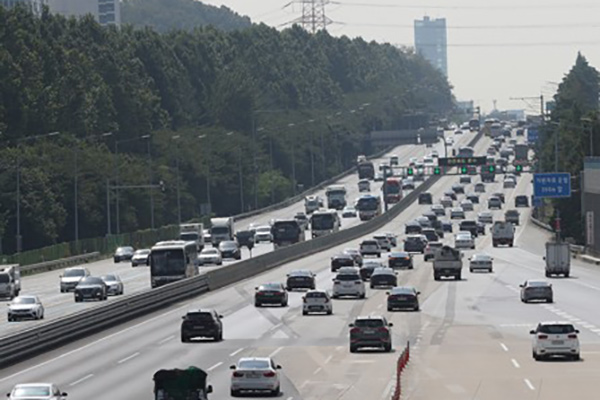 Traffic congestion is seen on both southbound and northbound freeways across the nation on the second day of the five-day Chuseok holiday.

Korea Expressway Corporation said on Sunday that as of 1 p.m., it will take an estimated five hours and 30 minutes to get from Seoul to Busan, four-and-a-half hours to Daegu, three hours and 50 minutes to Daejeon and two hours and 40 minutes to reach Gangneung from the capital.

Authorities are projecting that a total of four-point-15 million vehicles are estimated to hit the freeways on Sunday, with 430-thousand cars traveling from the capital region to local areas.

For the southbound lanes heading towards the local regions, congestion is expected to peak at around 4 to 5 p.m. Sunday and ease by 8 to 9 p.m.

For the northbound lanes, traffic jams are likely to peak at 3 to 4 p.m. before easing at around 6 to 7 p.m.
Share
Print
List