Highways Congested as People Travel to Hometowns for Chuseok 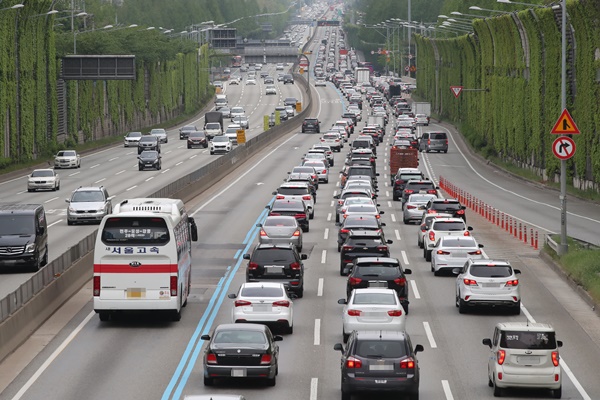 Highways in South Korea continue to be congested as last-minute travelers hit the highways to travel to their hometowns one day prior to the Chuseok holiday.

The corporation expected congestion on the roads stretching from the capital region to ease between 7 and 8 p.m.

Some four-point-05 million vehicles were forecast to be on the expressways throughout the day, with 390-thousand traveling from and another 410-thousand to the capital region.
Share
Print
List