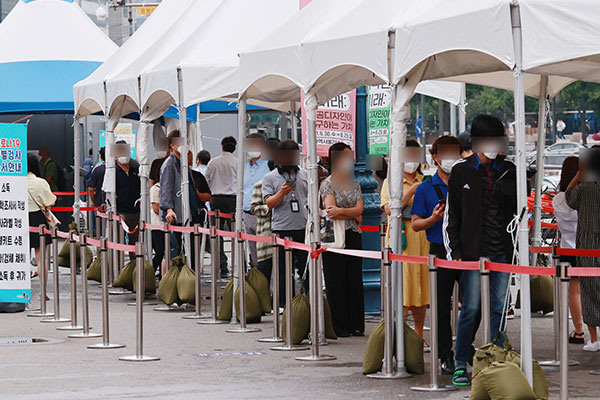 Another 17-hundred-29 new COVID-19 cases were reported on Tuesday for the previous day, marking the highest figure ever for a Monday.

The Korea Disease Control and Prevention Agency(KDCA) said Tuesday that of the infections detected throughout Monday, one-thousand-697 were locally transmitted while 32 were from overseas.

By region, the capital area accounted for 76-point-seven percent of domestic transmissions, including 673 in Seoul, 499 in Gyeonggi Province and 130 in Incheon.

Four more deaths have been reported, raising the death toll to two-thousand-413, with the fatality rate at zero-point-83 percent.

On the vaccine front, 71-point-one percent of the population has received at least one shot while some 43 percent have been fully vaccinated.
Share
Print
List