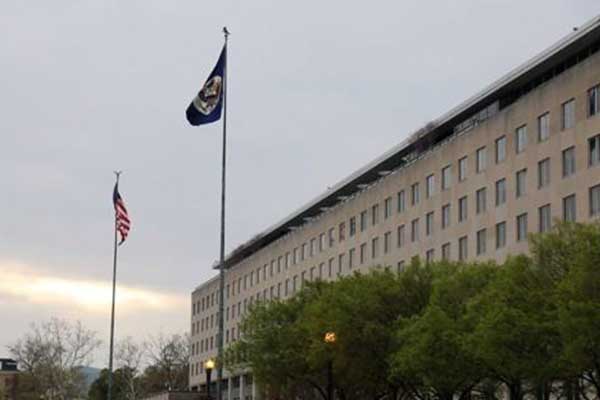 The U.S. State Department has again called for dialogue with North Korea while urging the implementation of global sanctions on the regime.

In a Monday press briefing ahead of the UN General Assembly, senior bureau official of the department's Bureau of International Organization Affairs, Erica Barks-Ruggles, said the U.S. has condemned North Korea's missile launch as a violation of Security Council resolutions.

But she said Washington remains absolutely committed to a diplomatic approach and has and will continue to call on Pyongyang to engage in dialogue.

The official assured that U.S. commitment to the defense of South Korea and Japan is ironclad. On sanctions, she said that UN sanctions remain in place and the U.S. will continue to enforce them, and urge others to enforce them robustly.

Regarding meetings during the UN assembly, she said a meeting is scheduled with South Korea and Japan and the U.S. looks forward to discussing regional security issues, including North Korea.