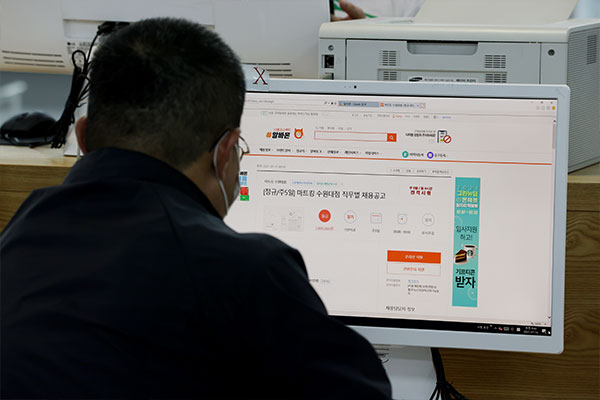 The number of employed in their 30s dropped for the 18 consecutive month in August, while those who stayed idle without seeking jobs increased, hitting the highest level on record the given month.

According to Statistics Korea on Thursday, the number of employed people in their 30s stood at five-point-two million last month, down by 88-thousand from last year.

The number of people who stayed idle rose by 19-thousand on-year to 318-thousand the same month, showing a steady increase since March last year.

The rate for this group rose zero-point-four percentage points to make up four-point-six percent of the population, up from four-point-two percent a year earlier.

This indicates that the decline among those employed in their 30s is not due to the shrinking population.

An official at Statistics Korea said that the figures reflect South Korea's sluggish manufacturing or retail sector which has a concentration of employees in their 30s.
Share
Print
List