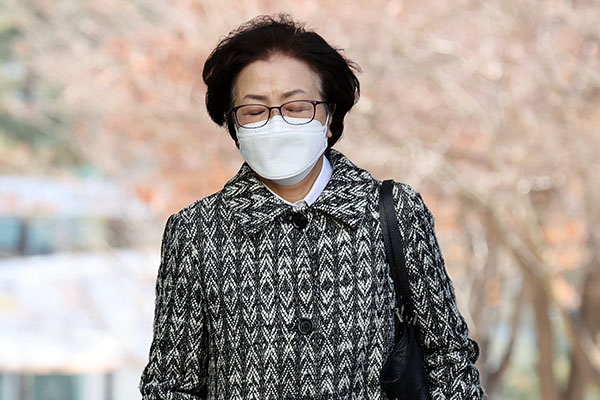 The Seoul High Court on Friday sentenced Kim to two years in prison on charges of power abuse and obstruction of the exercise of right. She had been given two and a half years behind bars by the Seoul Central District Court in February.

The ex-officials were accused of forcing executives at Environment Ministry-affiliated agencies appointed by the previous government to step down so their posts could be filled with those favorably viewed by the top office or the ministry.
Share
Print
List