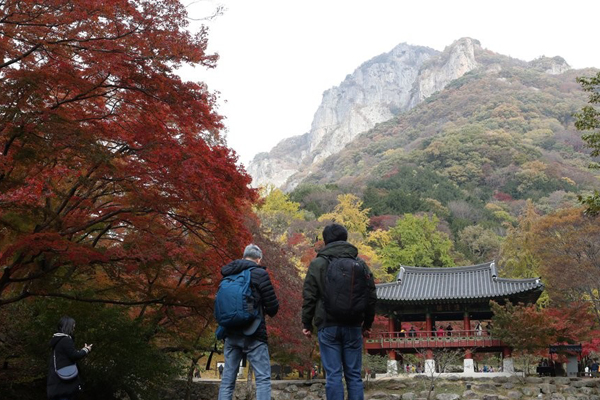 A new report has shown that the temperature difference between the day's highs and lows in South Korea's autumn season has fallen by nearly a degree Celsius from two decades previous due to global warming.

In an analysis released on Friday, the Korea Meteorological Administration(KMA) said the gap between the day's highs and lows in the Fall months stood at 10-point-four degrees on average between 2011 and 2020. That is down by zero-point-nine degrees from the average measured between 1991 and 2000.

The weather agency attributed the decreased difference to a rise in daily lows by zero-point-nine degrees, while daily highs in the season were little changed at around 20 degrees.

The number of autumn days with more than 10 degrees of daily range also declined by seven-point-two days to 49 days.
Share
Print
List