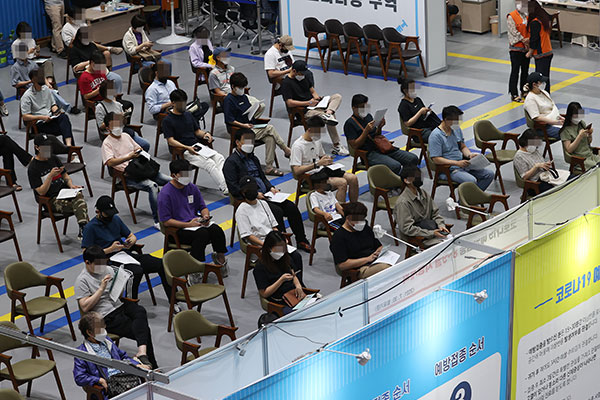 Daily COVID-19 cases in South Korea have topped three thousand for the first time since the start of the pandemic.

The Korea Disease Control and Prevention Agency (KDCA) said Saturday that three-thousand-273 infections were added throughout Friday, including 28 from overseas.

The capital region continues to account for a large portion of domestic cases, with over 12-hundred reported in Seoul, nearly eleven-hundred in Gyeonggi Province and over 200 in Incheon.

Outside the Seoul metropolitan area, Daegu had the most new cases, at 118.

Seven more deaths have been reported, raising the death toll to two-thousand-441. The fatality rate stands at zero-point-82 percent. The number of critically ill patients stands at 339.

Meanwhile, over 37 million people, or 73-point-five percent of the population, have received at least one shot of the COVID-19 vaccine.