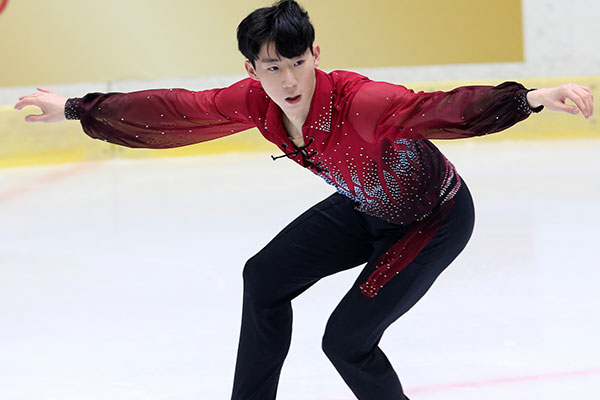 South Korea will send two athletes to compete in men's figure skating at the 2022 Beijing Winter Olympics, the first time two Koreans have qualified for the men's event.

Twenty-one-year-old Lee Si-hyeong secured the second ticket to Beijing for South Korea after finishing fifth at the ISU Nebelhorn Trophy tournament held in Germany on Saturday. The Olympic berth was given to the top seven scorers.

Fellow figure skater Cha Jun-hwan earlier secured a spot after ranking tenth in the men's single at the ISU World Championships in March.

As Olympic tickets are allocated to countries and not individuals, the Korea Skating Union will now hold domestic qualifiers to select the two athletes who will compete at the Winter Games.

Two berths have also been secured for the women's competition.

In ice dancing, Min Yu-ra and Daniel Eaton are currently vying for a spot for South Korea at the ongoing Nebelhorn Trophy event. Korea did not qualify for the pairs event.
Share
Print
List