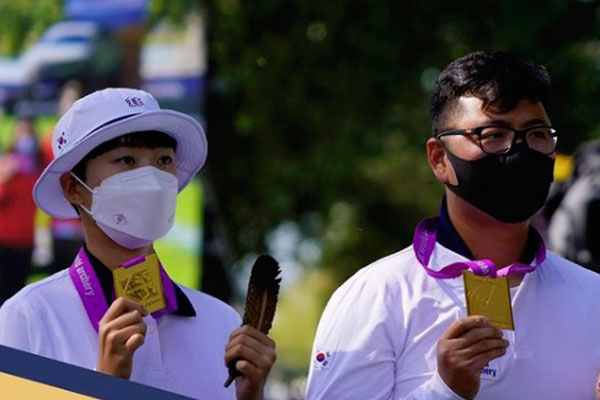 An San and Kim Woo-jin beat Russia in the mixed team final on Friday, the fifth day of the championships under way in Yankton, South Dakota in the U.S.

Team Korea also picked up two golds in the men's and women's team events to win all three team competitions.

Since the mixed team discipline was first introduced in 2011, Korea has won all six medals to date.

An and Kim will go after their third gold medal respectively in the individual round, which continues from Sunday, with fellow archers Jang Min-Hee and Kim Je-deok also competing in the women's and men's events.

If South Korea wins gold medals in both individual events, it will be the first time in 12 years that the country has swept all gold medals in recurve archery at the world championships.
Share
Print
List