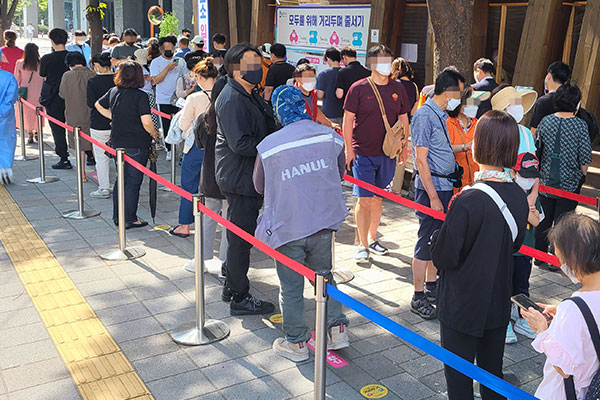 The Korea Disease Control and Prevention Agency (KDCA) said on Sunday that the new infections detected throughout Saturday raised the country's accumulated caseload to 301-thousand-172.

The daily tally fell by about 500 from the previous day to fall below three thousand. The latest figure marks the second largest since the outbreak of the pandemic in the country.

The accumulated caseload surpassed 300-thousand about 20 months after the nation reported its first confirmed case on January 20 last year.

Of the new cases, two-thousand-735 were local transmissions, while 36 were from overseas.

The greater metro area accounted for 73-point-six percent of local cases, reporting over two-thousand for the second consecutive day.

Nine more deaths have been reported, bringing the death toll to two-thousand-450. The fatality rate stands at point-81 percent.