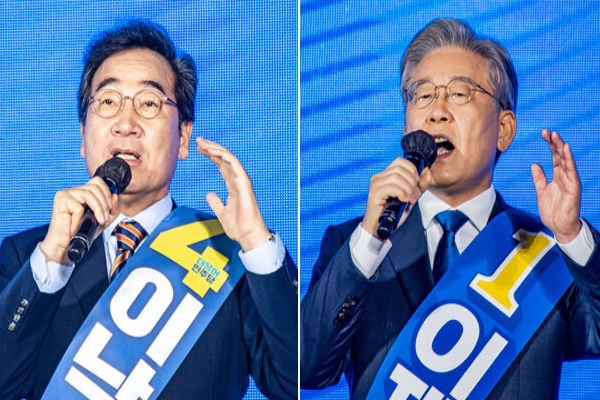 Lee earned 47-point-12 percent of the votes in the primary held on Saturday among delegates and registered members of the party in the Gwangju-South Jeolla Province region at the Kim Dae-jung Convention Center in Gwangju.

Lee Nak-yon clinched his first victory against Gyeonggi Governor Lee Jae-myung by winning 122 more votes. The victory came amid a controversy over a highly lucrative land development project in Seongnam, which was carried out when the governor was the mayor of Seongnam.

However, the governor is still far ahead of Lee Nak-yon, securing an accumulated 52-point-nine percent, while the former prime minister has captured 34-point-21 percent.