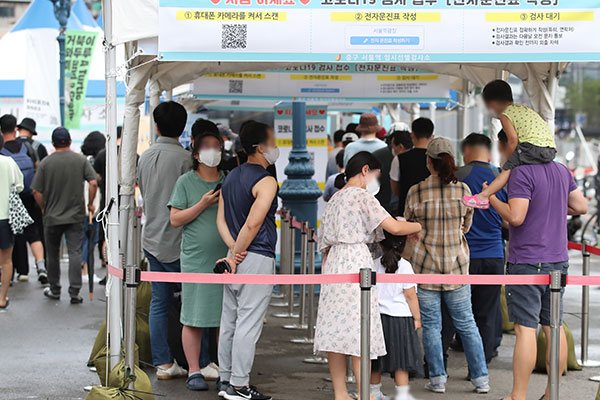 Health authorities reported two-thousand-383 COVID-19 cases on Monday amid a surge in infections after the Chuseok holiday.

The Korea Disease Control and Prevention Agency(KDCA) said on Monday that the new infections detected throughout the previous day raised the country's accumulated caseload to 303-thousand-553.

The daily tally marks the largest figure reported on a Monday since the outbreak of the pandemic. The previous high was one-thousand-605 reported last Monday.

Of the new cases, two-thousand-356 were local transmissions, while 27 were from overseas.

Six more deaths have been reported, bringing the death toll to two-thousand-456. The fatality rate stands at point-81 percent.

The number of critically ill patients fell by one from the previous day to 319.
Share
Print
List