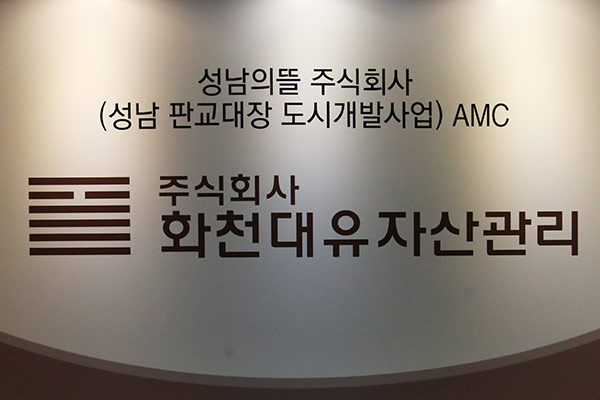 The daughter of former special counsel prosecutor Park Young-soo reportedly purchased an apartment from the asset management firm at the center of a scandal involving a development project in Seongnam, Gyeonggi Province.

Hwacheon Daeyu took part in the project that built four blocks of apartments in Seongnam's Daejang-dong area. They were put up for sale in late 2018 and residents began to move in from May this year.

A local realtor said about ten percent of some two-thousand units up for sale were canceled and went under company possession. Their price tag of 700 to 800 million won at the time has now shot up to over one-point-five billion won.

One of Park’s aides said the daughter had purchased one of the canceled units from the firm. She joined Hwacheon Daeyu in June 2015 and worked there until recently. Currently, she is in the process of settling her severance pay.

A legal representative for the company said the amount will be 500 million won including a performance-based bonus, plus 20 to 30 million won in severance at least.

Previously, the son of Rep. Kwak Sang-do was reported to have received five billion won in severance from the same firm. The company said in his case, this included compensation for illnesses he had while working.

Park Young-soo served as legal counsel for Hwacheon Daeyu from 2015 to November 2016, when he was named independent counsel to investigate the influence-peddling scandal involving former President Park Geun-hye. He was paid 200 million won in annual fees.
Share
Print
List