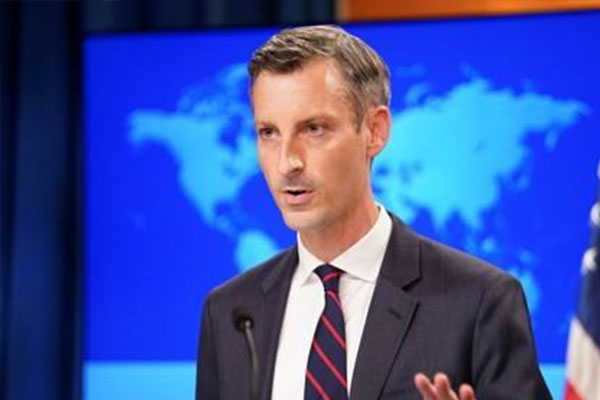 The U.S. State Department says North Korea is responsible for the suffering of its people, not sanctions, but the U.S. will continue to support international efforts to provide humanitarian aid.

State Department spokesperson Ned Price issued the position on Thursday during a press briefing when asked about the U.S.’ position on recent shipments of COVID-19 supplies to North Korea.

Price said that even if the U.S. disagrees with a particular regime, the nation believes it must make its best effort and do all it can to alleviate the suffering of the people.

He added that the U.S. continues to support international efforts aimed at providing critical humanitarian aid to the North.

The spokesperson, however, said that the North Korean regime itself was largely to blame for the suffering of its citizens.

He added that the regime continues to exploit its own people, violate their human rights, and divert resources from the people to build up its unlawful weapons of mass destruction and ballistic missiles program.
Share
Print
List