US Reiterates No Hostile Intent after N. Korea's Criticism 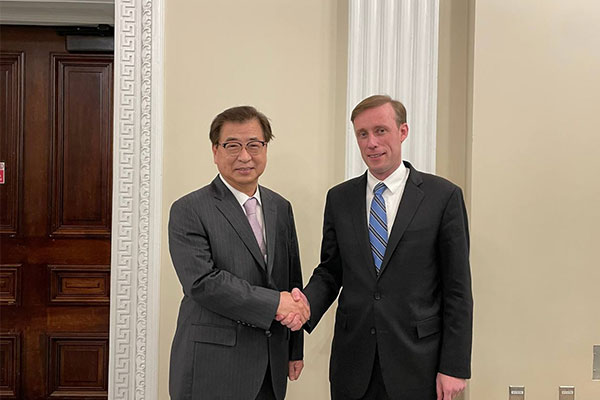 Washington has reaffirmed its position that it holds no hostile policies toward Pyongyang, according to South Korea's Office of National Security at the presidential office.

Sullivan also reiterated that the U.S. is willing to negotiate with North Korea anytime, anywhere without preconditions.

His words came after North Korea continued to question the sincerity of Washington’s words. Speaking at a defense development exhibition on Monday, North Korean leader Kim Jong-un argued that there are no grounds to believe the U.S. is not hostile to his country and said it should further strengthen its defense capabilities.

Noting their continuous consultations on the North, including diplomatic efforts, since the Biden administration’s announcement on its North Korea policy, Seoul and Washington officials have also agreed to closely cooperate on concrete measures to engage the regime.
Share
Print
List