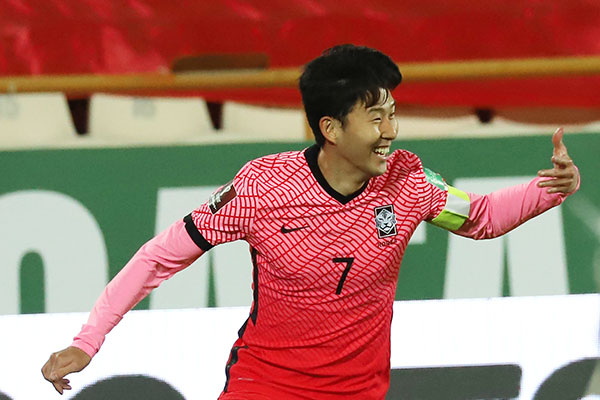 In the final Asian qualifying round match for the 2022 FIFA World Cup held at Azadi Stadium in Tehran, Son Heung-min of Tottenham Hotspur F.C. opened the scoring for South Korea three minutes into the second half with a blistering counter attack.

However, attacking midfielder Alireza Jahanbakhsh canceled Korea's advantage with a header in the 76th minute for the Iranians.

Son has now scored in two consecutive matches for the national team, including the last-minute winner in South Korea’s 2-1 victory over Syria last Thursday.