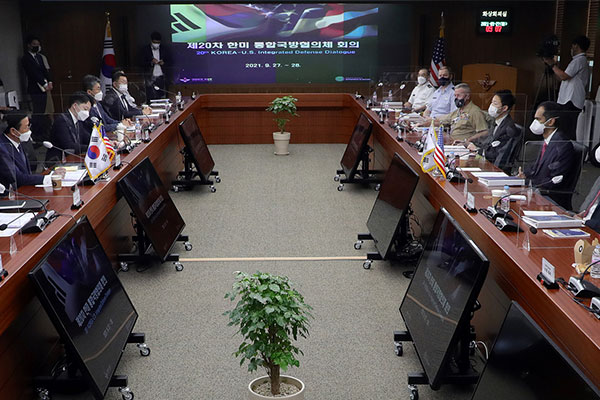 Defense authorities of South Korea and the United States are discussing the possibility of creating a working group to discuss regional cooperation in the Asia-Pacific region.

The Ministry of National Defense said on Wednesday that it agreed with the U.S. Department of Defense to review forming a joint working group as part of efforts to enhance cooperation concerning regional strategies, including the U.S. Indo-Pacific strategy and South Korea’s New Southern Policy.

The U.S. is said to have proposed the working group’s creation during the biannual Korea-U.S. Integrated Defense Dialogue(KIDD) held in Seoul last month, to which South Korea responded positively.

Some speculate the move is aimed at keeping China’s military expansion in the Asia-Pacific region in check. However, the South Korean ministry denied that the review would be aimed at a specific country, adding it is in line with the government’s stance to cooperate with any country or regional body based on the principles of openness, transparency and inclusiveness.

The two sides are expected to discuss details of the matter during the bilateral Security Consultative Meeting(SCM) to be held in Seoul in December.
Share
Print
List