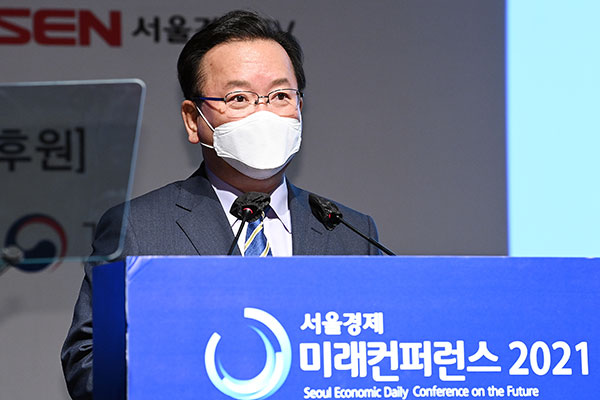 At a forum addressing an era of low birth rates and an aging society on Wednesday, Kim said government spending that go directly to households will be raised from the current one-point-48 percent of the country's gross domestic product(GDP) to the OECD average of two-point-four percent.

He said it's puzzling that the chronically low birth rate has accelerated, despite the government spending 380 trillion won in policies in the past 20 years.

By highlighting how much has been spent, Kim appears to be pointing to the fact that most of the funds were indirectly used to support households.

The prime minister urged the government, businesses, media outlets, civic groups and the general public to put their heads together to find ways to provide continuous and bold support for a sustained period of time.