Minister Urges N. Korea to Agree to Talks on Joint Use of Waterway 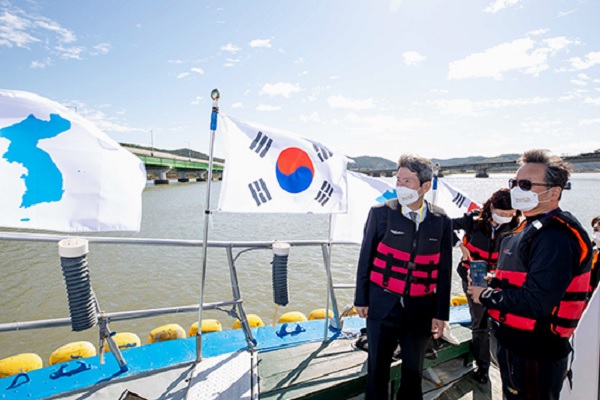 Unification Minister Lee In-young urged North Korea to agree to talks to jointly use a waterway flowing through the mouth of the Han River near the inter-Korean border as previously agreed by their leaders.

At a trial navigation event at a port in Gimpo on Wednesday, Lee said the estuary is a place of open possibilities for new approaches and creativity in mapping out inter-Korean cooperation, such as the flexible enforcement of global sanctions.

The minister expressed hope for the two sides to swiftly resume dialogue through their recently restored channels in order to implement past cooperation agreements. He added that Seoul is prepared for talks at any time, anywhere and on any subject.

Under a 2018 military agreement signed at a summit between President Moon Jae-in and North Korean leader Kim Jong-un, the two sides had conducted joint waterway research in November and December of that year.
Share
Print
List