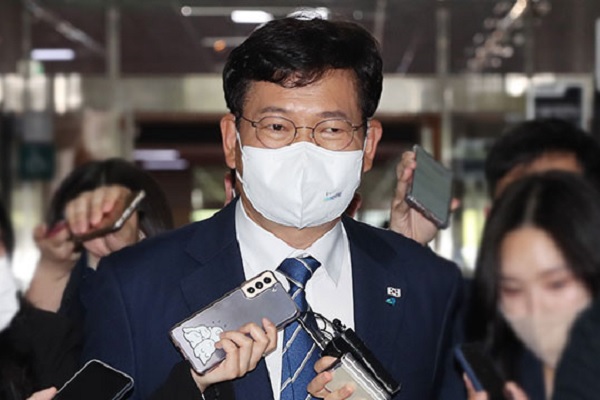 The ruling Democratic Party(DP) has decided not to accept an appeal on presidential primary results filed by Lee Nak-yon.

The DP's party affairs committee has basically decided that finalizing Lee Jae-myung as the DP's presidential candidate without a runoff vote does not go against party regulations.

The committee convened a meeting Wednesday to discuss Lee's demand for a review of whether primary votes were properly counted.

It confirmed the decision by the party's election committee and Supreme Council to exclude ballots that were cast to Chung Sye-kyun and Kim Du-kwan who withdrew their primary bids, in accordance with the party's electoral rules.

Lee's camp is expected to issue a statement acknowledging the committee's decision within the day.

Gyeonggi Province Governor Lee Jae-myung has won the party nomination after securing 50-point-29 percent of all votes cast in a series of primaries held since early September.
Share
Print
List