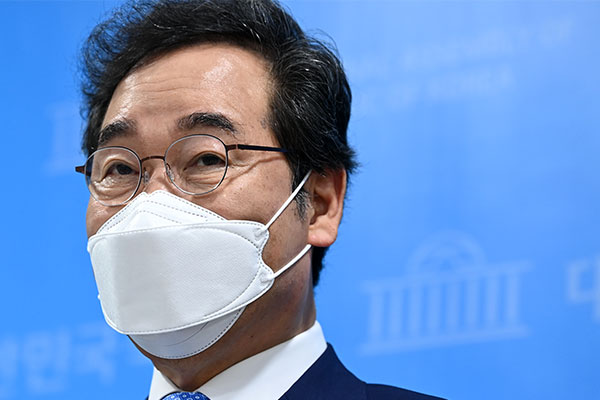 In a Facebook post Wednesday, Lee said he respects the decision reached by the party affairs committee, which unanimously rejected his appeal of the primary results.

Lee said he accepts the primary outcome and congratulated the Gyeonggi Province governor on his victory. He vowed to do his part to achieve the DP's win in the presidential election.

Earlier Wednesday, the party affairs committee convened a meeting to discuss Lee's demand for a review of whether primary votes were properly counted and his call for a run-off vote. The committee serves as its top decision-making body.

It confirmed an earlier decision by the party's election committee and Supreme Council to exclude ballots that were cast to contenders who withdrew their primary bids from the total vote count.
Share
Print
List