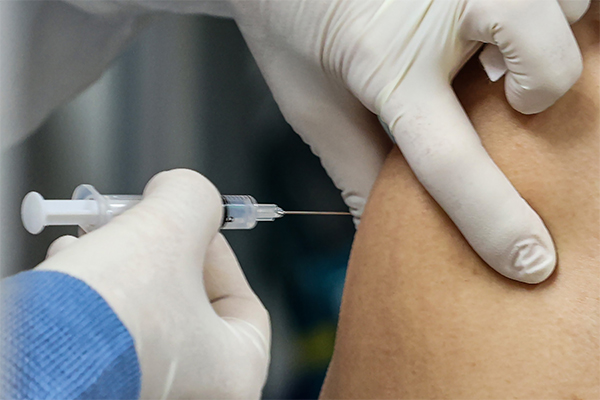 Health authorities have announced a roster of additional people who are eligible to receive COVID-19 booster shots before the recommended six months after being fully vaccinated.

During Wednesday's briefing, the country's vaccine task force said those with weaker immune systems can get booster shots from two months past their last inoculation.

Authorities also added to the list of people who can receive their booster shots earlier those who cannot receive their third shots after being fully vaccinated for six months due to traveling abroad or hospital treatment, and in cases where there is a risk of cluster infections at high-risk facilities.

They can receive the extra shots from about four weeks prior to the recommended time.

People who received the single-shot Janssen vaccine are also eligible for boosters after six to eight months from the first inoculation with mRNA vaccines such as Pfizer or Moderna.

One health official said the type of vaccine will be determined based on overseas cases and deliberations at home. He noted some recent studies suggest a Janssen booster is also effective as a booster shot.

A detailed plan on booster shots for the general public is scheduled to be announced before December.
Share
Print
List