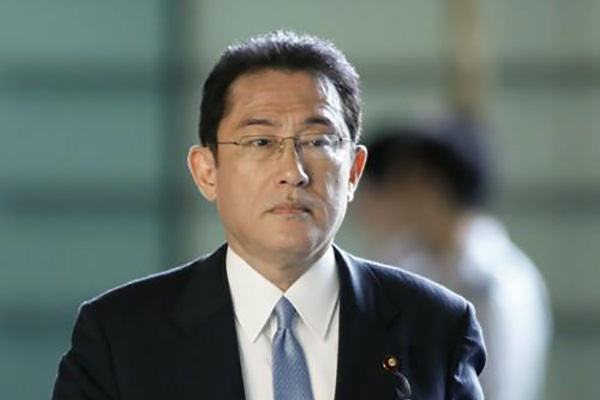 Japanese Prime Minister Fumio Kishida has reiterated Tokyo's existing stance that South Korea must come up with a solution to the wartime forced labor issue that is acceptable to Japan.

Responding to a lawmaker's question during a House of Councillors plenary session on Wednesday, Kishida said his government's relations with South Korea are in a critical state and must be attended to.

He said keeping promises made between countries is the basic rule in bilateral relations.

His remark is an affirmation of Tokyo's stance that the forced labor issue was finally resolved through the 1965 Treaty and South Korean court rulings that ordered Japanese firms to provide compensation is in violation of international law.

Kishida said he will more aggressively request an appropriate response from Seoul.

He did note, however, that cooperation with South Korea and the U.S. is indispensable for regional stability.

The prime minister said he held phone conversations with the leaders of the U.S., China and Russia since taking office and addressed the issue of Japanese abductees in North Korea.

He promised to closely cooperate with concerned parties including the Biden administration and not miss an opportunity to sit down with North Korean leader Kim Jong-un.
Share
Print
List